Hello lovely people and Happy New Year! We made it y’all, and considering the kind of effery-fueled year 2016 turned out to be, just having done so a blessing and an honor!
As I did last year, I’m rounding up some of the stand out musical moments from 2016.
(I know this post is late too, but you know how I roll by now lol)
I had intended to make this a list of my 10 favorite songs, but, im not sure if I wasn’t that tapped in musically this year, or, like 3 people truly did produce all my favorite music, but it would have made for a rather monotonous situation. ( Actually, if i was to keep it really real , the list would probably look like this: 1. Tekno- Pana 2. Tekno-Pana 3. Tekno-Pana….. you get the picture :D)
So i decided to cheat a bit and define ‘moments’ as people, songs or situations that got me lit this year… in no particular order.

1. The King Retained His Crown

E.L.  had quite the year.
He released his sophomore album ELOM, AND the third entry in the B.A.R. hip-hop mix-tape series. Then he swept up at this years Ghana Music Awards, including the coveted ‘Artist of the Year’, sold out shows overseas, opened for Lauryn Hill at Art Basel, and capped off the year with the BAR concert. No small feat. Now, while i agree that BAR 3 didn’t have the back to back bops that BAR 2 boasts, E.L. still gave me some of my favorite songs all year:  Koko, Kaa Bu Ame, Lalafalama and my current fa (playing as i type) Fefeefe. Get your life.. 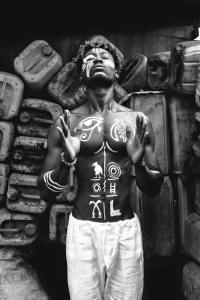 Ayat Maqwam ( real name no gimmicks) has enjoyed the most epic career upswing that i can remember seeing out of Ghana. Aided by frequent collabs with producers Kayso, Kuvie, and Magnom, he has released nothing by certifiable bangers featuring his distinct melodic hausa laced flow. Dont take my word for it.. head over to his soundcloud. Pure lituation! Most impressive of all, in 2016 he worked with an enviable who’s who of Gh rappers: Sarkodie on Dodo,  Medikal on 4get Everybody, Edem on the Egboame Remix and E.L. on Bars. To catch him live is to see him in his essence: body paint, pyro and pure energy. Luckily for us, that wasn’t hard to do this year.From Chale Wote, Sabolai, Kona Live and Vac with the Stars to Madfest (the concert series that he created, headlines and stages in Madina each year), he was everywhere. His debut EP Zamani will be out sometime this quarter, but in the meantime, here’s the track that set it all off…IDKY with Kayso

3. Everything was Nice for Worla

I already explained the  situation in my Phreak Out Live review; after seeing Worlasi live once, i’ve been obsessed. I consider my campaign of thirst to have reached a successful peak for two reason: i recently got a picture with him at Madfest , and he left a smiley on one of my unrelated pictures. Dont judge me! lol
Seriously though, this is the year that Worlasi’s immense talent would no longer be denied. He had an amazing show to punctuate his Nusɛ EP and shone on collaborations with the likes of Akan (Helebaba), Manifest (100 percent), and Sena Dagadu and Six Strings (One Life).  It’s no surprise to me at all that BBC Africa’s Rita Ray named the painter, producer and performer one of 4 African artist to watch in 2017. Surfs up…catch the wave.. here’s a current fav..You Saw Me (prod by Kayso (hi boo!))

Sigh..i really need A.I. to release an EP, headline a show and get folks to put the necessary respek his damn name. I need this, because Ayisi Ican is a genius. Still, we are definitely heading in the right direction.   For the second year in a row, A.I. made music that mattered to me the most. He stole the spotlight on E.L’s Shine, featured on Kojo Cue’s addictive Tsioo Benke Mi, and dominated the airwaves with one of 2016 biggest tracks. My fav… Grind.. Here’s to stepping clean in ’17! 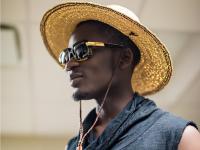 Honestly this entry requires no further explanation, but ill give you one anyway. Mr. Eazi’s epic run continued unabated in 2016. If anything, he had his biggest hit yet Eugy’s massive Dance For Me. But it seemed like every month there was a new Eazi song blowing up the airwaves. Anointing, Sample You, Hollup, etc etc etc. I cant even decide which of his songs was my favorite last year, but ive been playing Ohemaa alot this week, so we’ll go with that. Zagadat! 😀

So, we got not one but TWO rap beefs this year..haha…
One was steak, the other was more like…day old chichinga. I’ll leave it to you to decide which is which. lol
First was the Sarkodie vs Manifest spat. Alot of blogs have detailed analyses of what caused the beef, who said what and who ultimately won.(Like this one)
What i do know is we got three dope songs –  Sarkodie’s Bossy, M.anifest’s God Mc, and Sarkodie again with Kanta- out of the drama (Which i have a sneaking suspicious was no where near as acrimonious as they would have us believe)
The second beef was the hilarious D. Black vs Wanlov.
It appears Mr. Blackmore had finally had enough of Wanlov calling him out over his kindergarten bars, and decided to clap back.  Which is all well and good. But we have Meek Mill as a case study for what happens when you decide to enter a rap beef unprepared. And DBlack’s , , spoken word(?) response was… an own goal in my opinion. But check out the tracks and decide for yourself. (here).

7. They Put Respek on MY Name 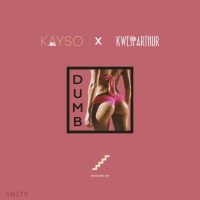 I got my name on a track. Yassss! Hey, it’s my list, and it was a big moment for me. You will deal. lol.
It pays to be able to call a mad genius producer friend. Because you can happen to be at Ground Up (chale!) when Kayso is having a session with upcoming talent Kwesi Arthur. One thing will lead to another and before you know it, you’re dropping it low to a name check.
Check out the playlist of Kayso’s production work here. I have a little project featuring him coming out soon, so look out for that too. I’m excited.
Kwesi Arthur is on soundcloud as well. Show him some love. I tell you Tema is a breeding ground for amazing music. Ok.. now lets go.. Dumb! 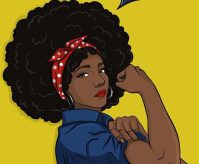 It was about damned time. More than ever, women made waves in the notorious boys club that is the Ghanaian music industry. Consumers finally accepted that where was space for more than just three popular female musicians at a go ( even though Efya, Becca and MsVee have done an excellent of holding it dung fi di gyals dem).
Songstresses Cina Soul and Adomaa each had an amazing and deserved year, during which time both finally got the headlining platforms they deserved; The Metanoia X and Afraba concerts to commemorate their respective namesake debut EP’s.
Over in hip-hop, Tinuke Noah released the H.E.R. E.P, which, if nothing else, is the first female hiphop release i’ve heard out of Ghana. However, it is something else, having numerous bops on there.
I also discovered the bomb ass Dj Mitchy, meaning Dj Kess is no longer on an endangered species list…now they both are! lol I really hope there are more than TWO prominent female Dj’s doing their thing out in Gh. But let me not be greedy..baby steps, baby steps. You can catch Mitchy cohosting Kona Live with Kasey Moore, and at the major music festivals in Accra.
EDIT: And then there were three! lol… Shoutouts to Mz Orstin too, doing her thing. You can catch her at the newly refurbished Movenpick 1 to 1 Lounge, Firefly, YFM or holding down the turntables at the annual GirlTalk concert. (and yes to Girl Talk!)

Underground, Underrated, and on the Come-Up.
This is a hodgepodge entry, but ive got to say, some of my favorite songs this year have been by artists that are yet to gain mainstream traction. And its a damn shame. So i’m throwing some names out there; please go check them out. And if you are a music lover like i am, you must hop over to Culartblog and subscribe posthaste. Swayekidd has done an amazing job curating the contemporary Ghanaian soundscape… certainly much better at it than i am!
EDIT: Harmattan Rain. y’all. Harmattan Rain!! Subscribe, bookmark, and especially look out for their excellent playlists.
I was going to make one but… im tired.. please let the Google be thy guide. I beg.
Ria Boss, AKAN, Tronomie, Darko Vibes, $pacely, Copta, Kidd Black, Odunsi, Klu, Kojo Cue, Poetra Asantewa.. etc etc. Im going to leave you with just a taste of what i mean..Bad by $pacely feat RJZ

Really, what else could have closed out this list? I can think of no other song that captured the zeitgeist of 2016 Ghana’s  year long election mania.
Anyway you slice it, this is the song of the year by far. A song, mind you, that started its life as a campaign song for one party, and ended its run as the victory call for the opposing party. And became a gospel song in the process. That is level 100 boss behavior! For about a week after the election, there was a pickup truck that woke me up every morning because it drove around blasting this song at full volume. lol.
In consideration of our new presidency, here is the NPP remix version of..Onaapo!

And thats it folks… here’s to an amazing 2017! Please make sure you subscribe and tell a friend to do the same. I’ve got some exciting stuff coming up this year.
Love and blessings.
Mizz Musings… xoxo